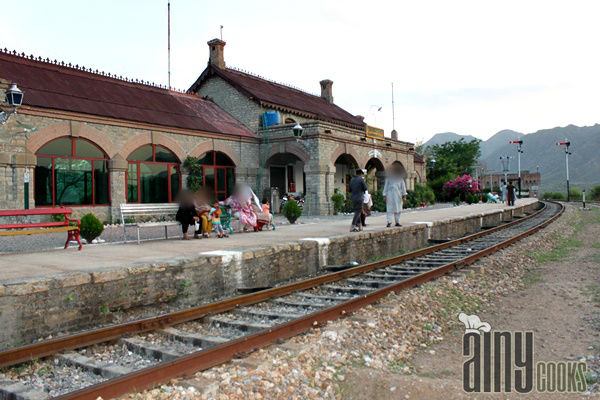 Few days ago I have got a chance to visit a beautiful and Historical place Attock Khurd.  A road along with Attock Fort will take you to this mesmerizing place. Attock Fort was built at Attock Khurd during the Era of Mughal King Akbar during 1581- 1583. This Fort was built to protect the passage of River Indus in Mughal Period. 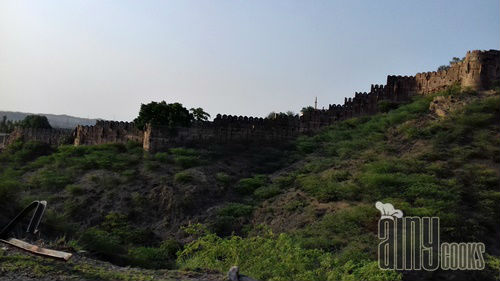 Beautiful River Indus will give you a breath taking view 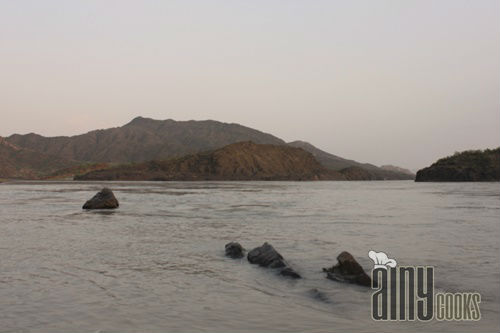 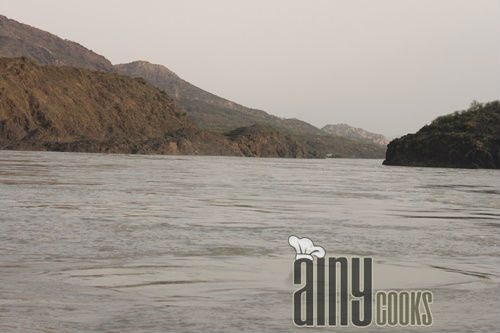 You will see a lot of Historical buildings and remains in this area. Like Attock Maqbra, Behram ki bara dari, etc. 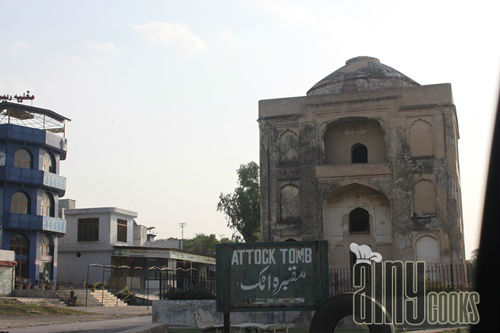 Attock Khurd (the old city) has a rich history and was of special importance to the entire sub-continent. The great grammarian Pāṇini, who wrote the Aṣṭādhyāyī, the oldest surviving Sanskrit grammar, is said in some historical sources to have been born near Attock in Shalātura, modern Lahur, on the right bank of Indus River in the ancient Kambojan/Gandharan territory in 520 BCE. In those days Attock was located on the high road, the Uttarapatha, the principal route of international commerce and communication between the sub-continent. Persia and China 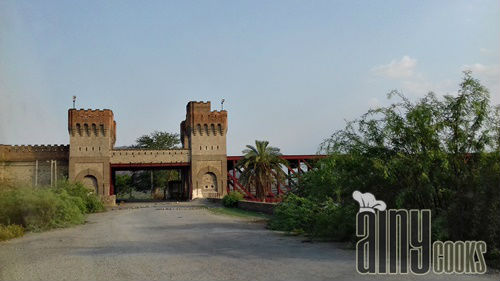 The Attock Khurd railway station is situated near Old Attock Bridge on main railway line. This railway station was built around 1885 during British rule. In March 2007 it has been renovated and declared a tourist resort. 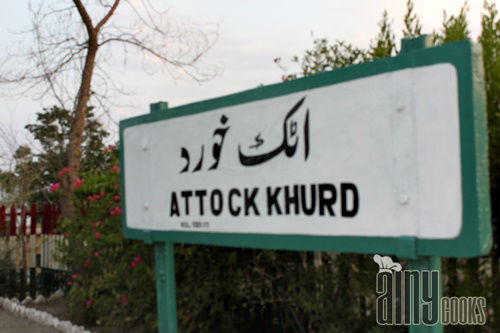 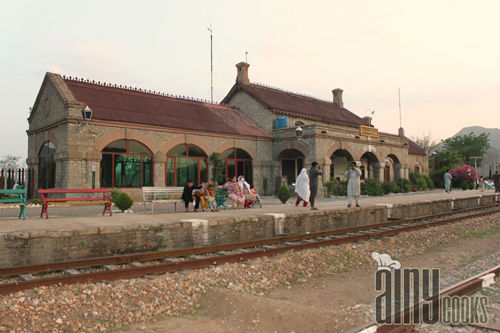 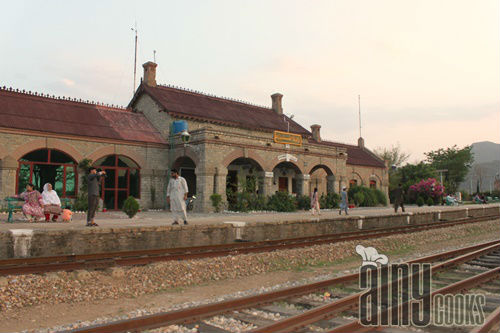 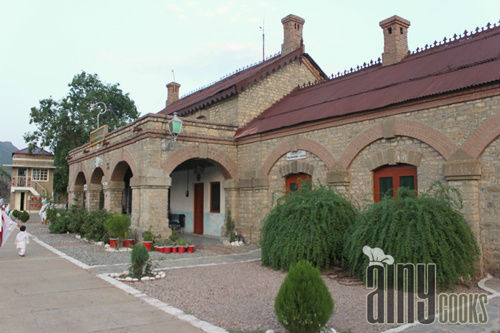 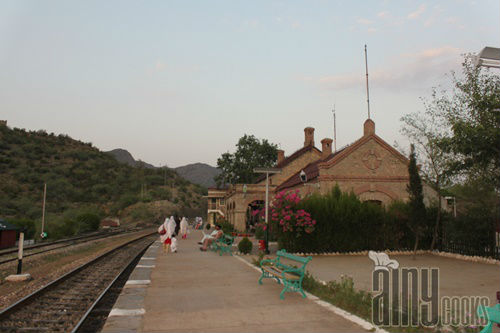 It is one of the most beautiful railway station of Pakistan. It is surrounded by lush green hills, and its magnificent building has Victorian architecture and composed of stone masonry. 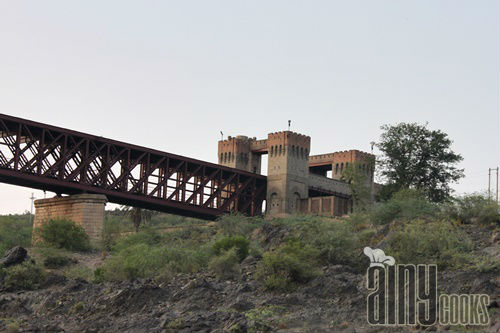 It is the gateway to Attock Bridge. All trains run between Rawalpindi & Peshawar pass through this station without stopping here. 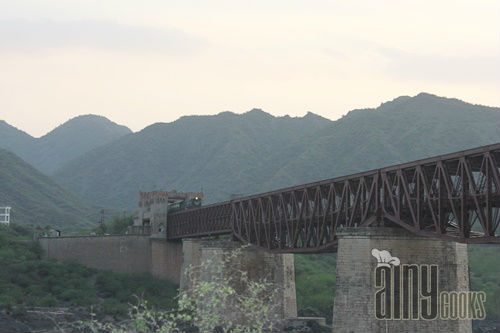 Attock Bridge (Urdu: اٹک پل ‎) is situated between Attock Khurd and Khairabad Kund on Indus river in Pakistan. It is commonly known as “Old Attock Bridge”. This bridge is one of the most important strategic and commercial crossing on the Indus River between Punjab and Khyber Pakhtunkhwa provinces, hence was heavily fortified. It was originally designed by Sir Guildford Molesworth and was opened to traffic on 24 May 1883. The cost of construction was more than Rs 3.2 millions. 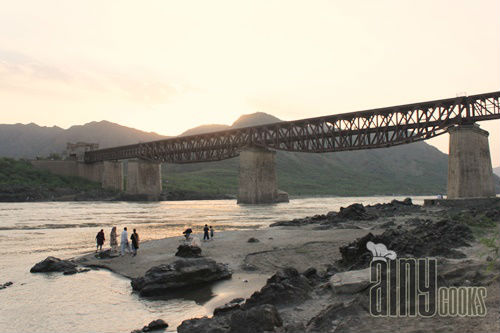 The structure was redesigned by Sir Francis Callaghan and was reconstructed in 1929, at the cost of Rs 2.5 millions. The bridge has 2 levels and 5 spans. Three spans are 257 feet long and two are 312 feet long. The upper level is use for railway traffic and lower level was used for road traffic. The approaches to the bridge were built as solid fortifications – as a defense against raids from nearby Pashtun tribesmen. 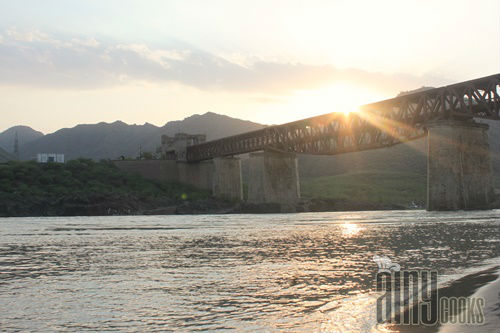 This bridge was a part of famous Grand Trunk Road. In 1979 a new bridge was constructed and road traffic was shifted to there. This new bridge is known as “New Attock Bridge”. 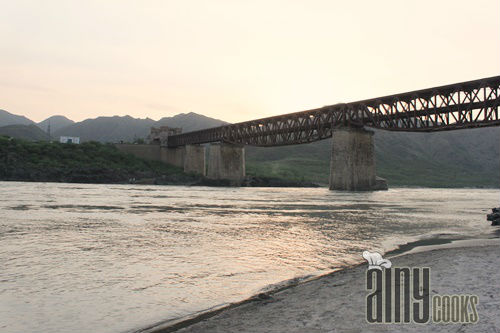 Attock Bridge is still in use for railway traffic. 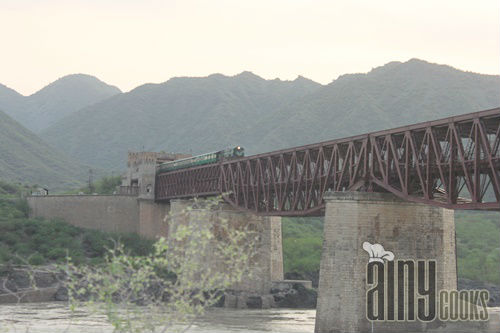 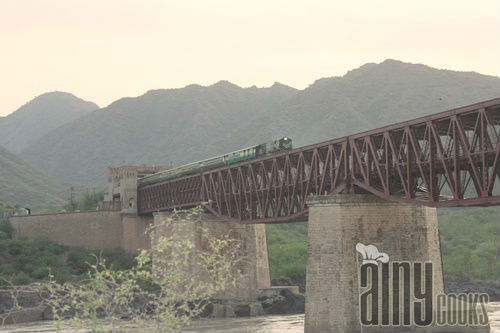 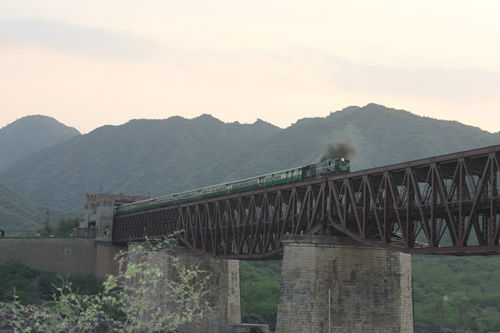 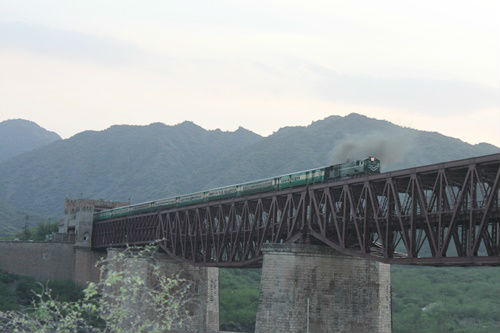 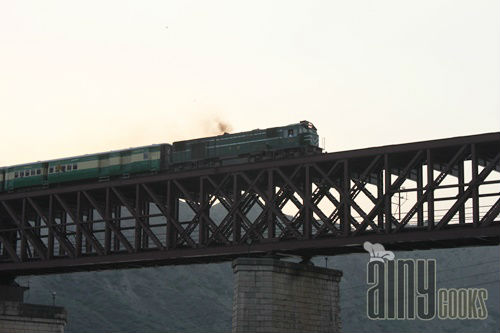 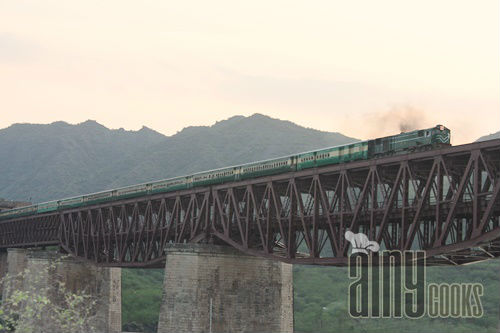 Content taken from Here.
A breathtaking view of Attock Khurd inside Train.